Yachts for charter by RNT Maclaren International ltd. Mean flexibility and independence for your holiday. This holiday or adventure experience is the perfect way to combine charm, elegance and simplicity. We guarantee that you will find the right yacht to charter, on time as needed, and in the most unforgettable destinations. Our team works hard to make your yacht charter experience, the very best one of your life! 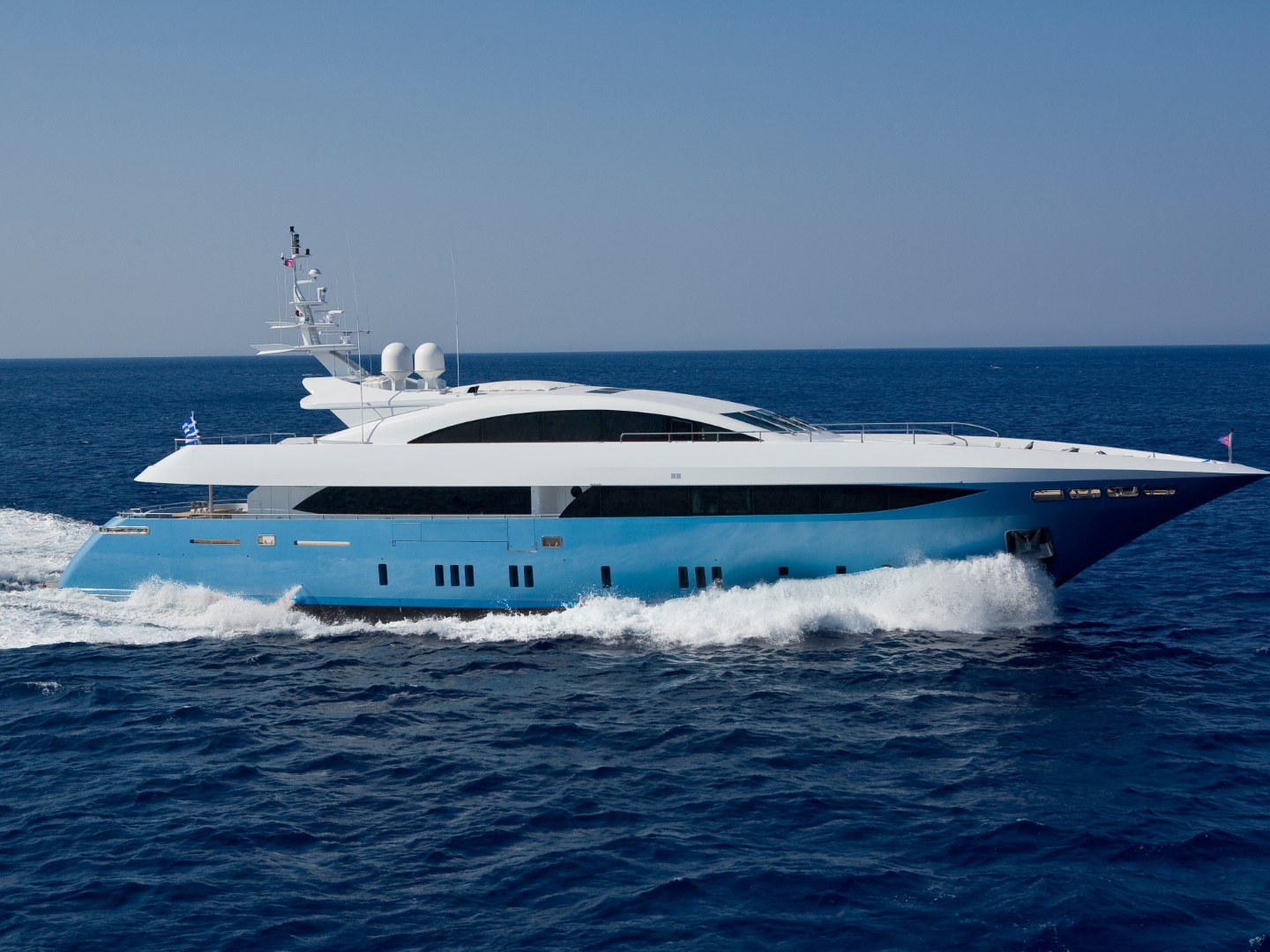 Motor yachts give smooth and quiet cruising and will get you to your chosen destinations as fast as possible.

Motor yachts are ideal for people who want to cover larger distances in a shorter period of charter time. Most motor yachts “enthusiasts” say that a motor yacht’s value is determined by the dimensions of its sundeck, fly bridge and covered aft-deck. In a few words, such yacht provide comfortable accommodation and plenty of amenities.

Luxury yacht, also known as a Superyacht or Megayacht, is a large and very expensive professionally-crewed sailing or motor yacht.

Giga yacht is an extraordinary large luxury yacht, and first emerged as a hyperbolic term in the mid-2000s. As of 2012, yachts above 100 meters (330 ft.) are still rare but increasingly more common. They typically have five decks above the water line and one below. They incorporate many of the same features that smaller Mega yachts do, such as helicopter landing areas and swimming pools, though given their extra length, they also feature helicopter hangars and miniature submarines

Sailing yachts move smoothly and almost silently through the water, with an exhilarating response to the wind.

Sailing yachts are leisure crafts that uses sails as its primary means of propulsion. Sailing yachts are actively used in sport and are a category of classes recognized by the International Sailing Federation.

Mono-hull sailing yacht is a type of yacht having only one hull, unlike multi-hulled yachts which can have two or more individual hulls connected to one another.

Among the earliest hulls were simple logs, but these were generally unstable and tended to roll over easily. Hollowing out the logs into a dugout canoe doesn’t help much unless the hollow section penetrates below the log’s center of buoyancy, then a load carried low in the cavity actually stabilizes the craft. Adding weight or ballast to the bottom of the hull or as low as possible within the hull adds stability.

Naval architects place the center of gravity substantially below the center of buoyancy; in most cases this can only be achieved by adding weight or ballast. The use of stones and other weights as ballast can be traced back to the Romans, Phoenicians and Vikings. Modern ships carry tons of ballast in order to maintain their stability; even heavily laden cargo ships use ballast to optimize the distribution of weight 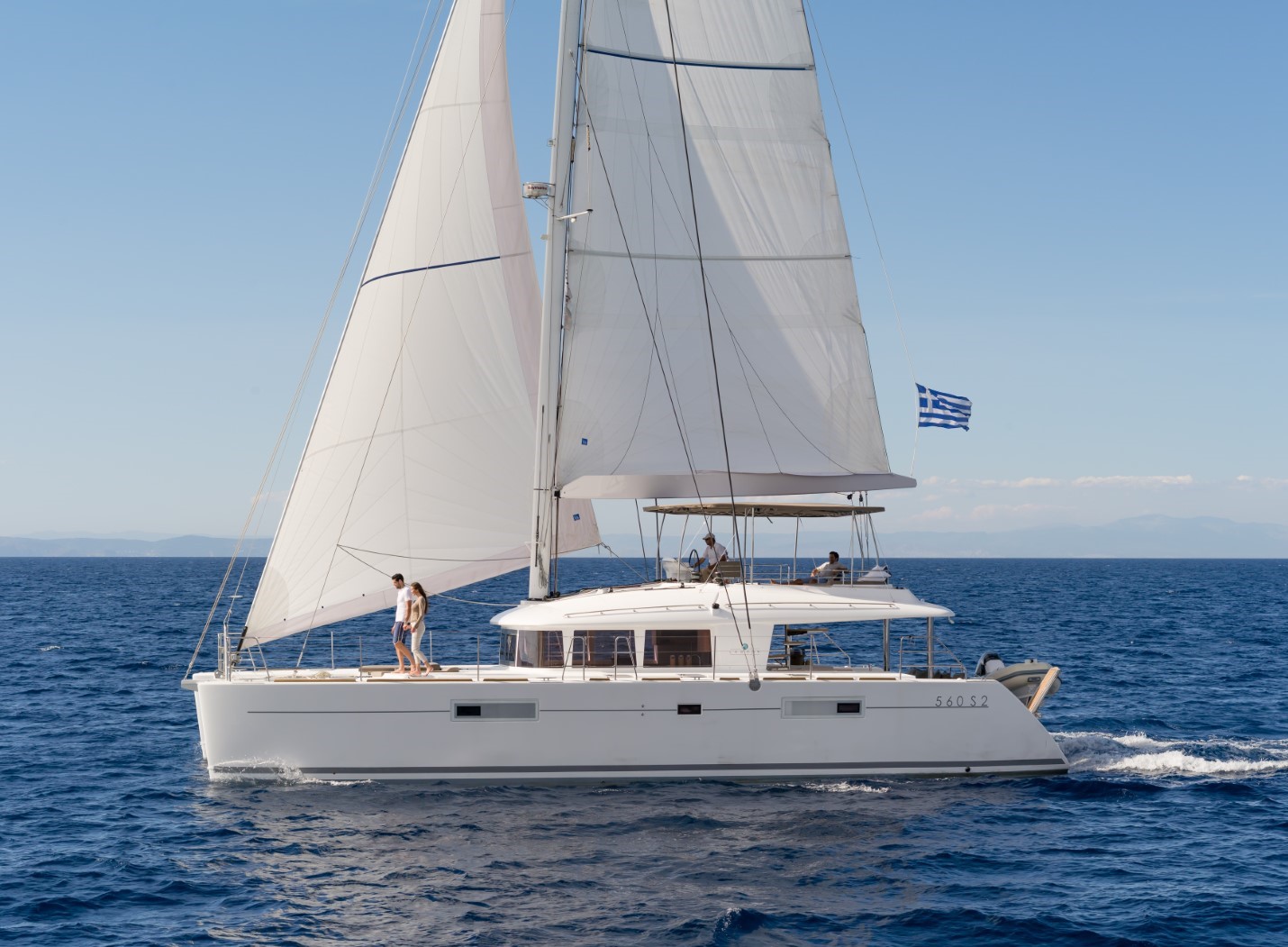 Catamarans move smoothly and almost silently through the water, with an exhilarating response to the wind.

Catamaran yachts are geometry-stabilized crafts, deriving their stability from their wide beam, rather than from a ballasted keel as with a monohull sailboat. The passengers of a catamaran yacht practically are not swayed and their stay onboard is at most comfortable. Small deposit of these courts allows to approach there, where common yachts can`t reach – to reserved shallow beaches with gold sand , and the hardware gives the chance to be in autonomous swimming far from a civilization incredibly long.

Catamarans typically have less hull volume, higher displacement, and shallower draft (draught) than monohulls of comparable length. The two hulls combined also often have a smaller hydrodynamic resistance than comparable monohulls, requiring less propulsive power from either sails or motors. The catamaran’s wider stance on the water can reduce both heeling and wave-induced motion, as compared with a monohull, and can give reduced wakes.

Catamaransrange in size from small (sailing or rowing vessels) to large (naval ships and car ferries). The structure connecting a catamaran’s two hulls ranges from a simple frame strung with webbing to support the crew to a bridging superstructure incorporating extensive cabin and/or cargo space.

This document is not contractual. The yacht  and their particulars displayed in the results above are displayed in good faith and whilst believed to be correct are not guaranteed.  www.rntmaclaren.com does not warrant or assume any legal liability or responsibility for the accuracy, completeness, or usefulness of any information and/or images displayed. All information is subject to change without notice and is without warranty.   Starting prices are shown in a range of currencies for a one-week charter, unless otherwise indicated.

At RNT Maclaren, our charter yachts come with an array of luxury amenities for your comfort and convenience. Regardless of how long your trip lasts, you will enjoy every moment at sea with us.

Why Book With Us?